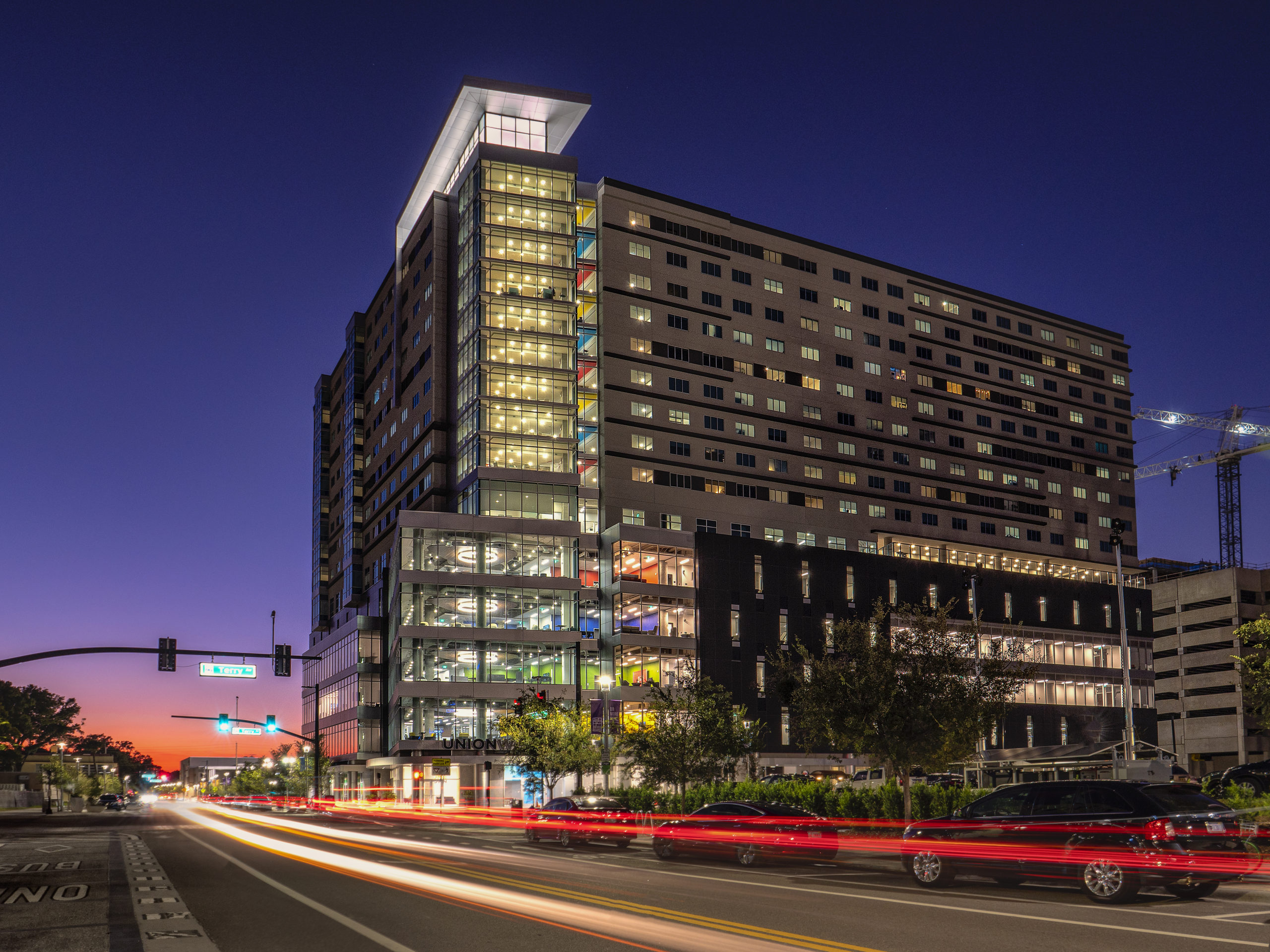 UnionWest at Creative Village is a 15-story mixed-use building that contains approximately 640 student housing beds; 105,000 square feet of academic and education support space leased to UCF and Valencia; ground floor restaurant/commercial space; and an integrated parking garage. The building opened in August 2019 concurrent with the opening of the UCF Downtown and Valencia College Downtown campus at Creative Village, which has approximately 8,000 students, faculty and staff.

UnionWest represents a $105 million project investment, which makes it one of the largest privately financed buildings in the history of Downtown Orlando. UnionWest is the only official purpose-built student housing project for UCF Downtown and Valencia College Downtown. The project opened in August 2019 at over 95% occupancy.

UnionWest was developed by the Ustler Group of Companies in partnership with Development Ventures Group, Inc. It is located at the northwest corner of Livingston Street and Terry Avenue at Creative Village in Downtown Orlando.

There is an integrated parking garage with approximately 600 spaces. Public and visitor parking is available.